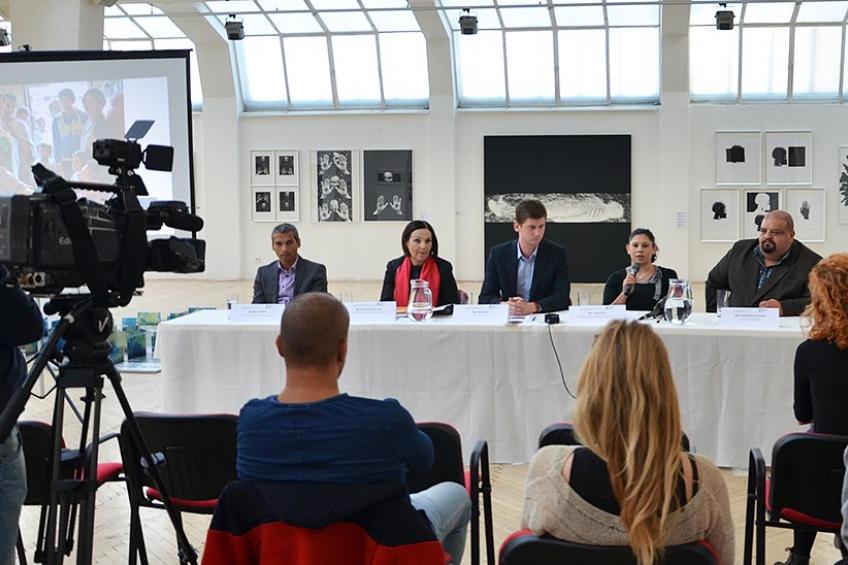 PRESS RELEASE of Platform for Support of Health of Disadvantaged Groups

The European Commission approved 12 800 695.32 EUR for Healthy Communities National Project employing 300 employees. Its implementation has been approved by the Commission of the Monitoring Committee for the Operational Programme Human Resources on 08/27/2015, however, due to the bureaucratic complications it has not yet been drawn from the approved budget, employees are threatened with mass dismissal caused by the lack of financial resources, and this unique project in its current form of implementation is facing the demise.

The National Project is currently facing incomprehensible and liquidation obstructions in the drawing of the EU funds, which may mean its definitive disappearance in its field-tested and internationally recognized form. Since January 1, 2016, the Ministry of Health (MoH) has repeatedly operationally subsidized the national project from the state budget. The situation has become critical these days. On October 31, 2016, the director of the nonprofit organization Healthy Communities (which implements the National Project) was obliged to inform the current 237 employees of the National Project Healthy Communities of their possible dismissals, despite the enormous effort of cooperation with the Ministry of Health during the whole year. "Over the past 10 months I have personally and in writing repeatedly called for help and offered cooperation to the government authorities and representatives of the European Commission in addressing the spending of EU funds," Mgr. Michal Kubo, Director of Healthy Communities NPO, reacts to the current situation.

Slovakia, in regards to the spending of EU funds, has found itself in a situation that in the eyes of other European Union countries calls into question its ability to make effective use of EU funds potential to improve the standard of living of its inhabitants. The National Project Healthy Communities, which has been implemented for the past two years jointly by the Ministry of Health and a Platform for Support of Health of Disadvantaged Groups (PSHDG) to promote the health of disadvantaged groups, has found itself in a stalemate when spending the EU funds- and it wasn’t its fault, explains the director of Healthy Communities NPO, Michal Kubo: "The problem arose in May 2016 and it was based on an ambiguous opinion from the European Commission regarding the implementation of the National Project Healthy Communities and its following different interpretation by the various responsible bodies on the Slovak side. On the basis of these interpretations, a belief was developed that it is not possible to continue in the same model of the project as it was in years 2014-2015, also financed by the EU."

As the consequence of the situation in 2016, the wages of 237 employees of Healthy Communities NPO has been repeatedly late. This also means, that no salaries were paid to the employees majority of which lives in the Roma settlements and takes care of 67 639 clients and in the last year registered 401 636 individual and group interventions. Roma Health Mediators and their Coordinators cooperate with 752 general practitioners and pediatricians in protecting public health, ensuring mandatory vaccinations, preventive examinations, early detection of infectious diseases and prevention of their spreading among the general population.

Healthy Communities project is evaluated by experts as a unique and extremely effective way of protecting public health in marginalized Roma communities with a substantial impact on the majority population. Therefore, it became a unique example of cooperation between the state and the third sector, which has no precedent in the EU. In the evaluation analysis of the national strategies for Roma integration in the 28 EU member states, the European Commission highlighted the Healthy Communities project mainly due to its positive and time proven beneficial work for the Roma community. [1]

Residents of villages that have been building the project from their own initiative, honestly and in the long-term became victims and hostages of the dysfunctional bureaucratic machine and incomprehensible delays in the transfer of means from the EU funds.

“Roma Health Mediators and their Coordinators carry out their work in an extremely difficult environment and their invaluable work makes them indispensable in the Roma settlements. They rightfully consider the project to be theirs. It is them who, despite the dire economic situation and wages being repeatedly late for 2-3 months, honestly and patiently continue their work,” says Richard Koky, an Expert for Activities in the Field of the Healthy Communities project and Chairman of the Steering Committee of the PSHGD.

Ľubomíra Slušná-Franz, the President of the Presidium of PSHDG, on behalf of all members of PSHDG and employees of the Healthy Communities NPO, addressed this appeal at the end of the press conference to the competent bodies: "On behalf of the 237 employees of the National Project Healthy Communities, the work of which have been approved the funding from the EU funds and who were informed by the management of their possible dismissal as of 31.12.2016 under the current legislation, we appeal to the members of the European Commission and the state administration of the Slovak Republic to immediately deal with this incomprehensible situation. We call on all responsible parties to maintain the principle of partnership and cross-sectoral cooperation as one of the fundamental principles of the developed democracies of the European Union, the partnership between the state and non-governmental sector, as has been long planned, well-tested, and approved in the project intent of the National Project Healthy Communities."

Health-awareness activities are currently being implemented by Roma Health Mediators and their Coordinators in 211 project locations and the project has a direct positive impact on the nearly 250,000 residents of segregated Roma settlements. The termination of the project would threaten not only the employment in the regions with the highest unemployment rate but in particular the implementation of protection of public health in Roma settlements.

[1] Effective Roma integration measures in the Member States 2016, Communication from the Commission to the European Parliament, the Council, the European Economic and Social Committee and the Committee of the Regions, str.30